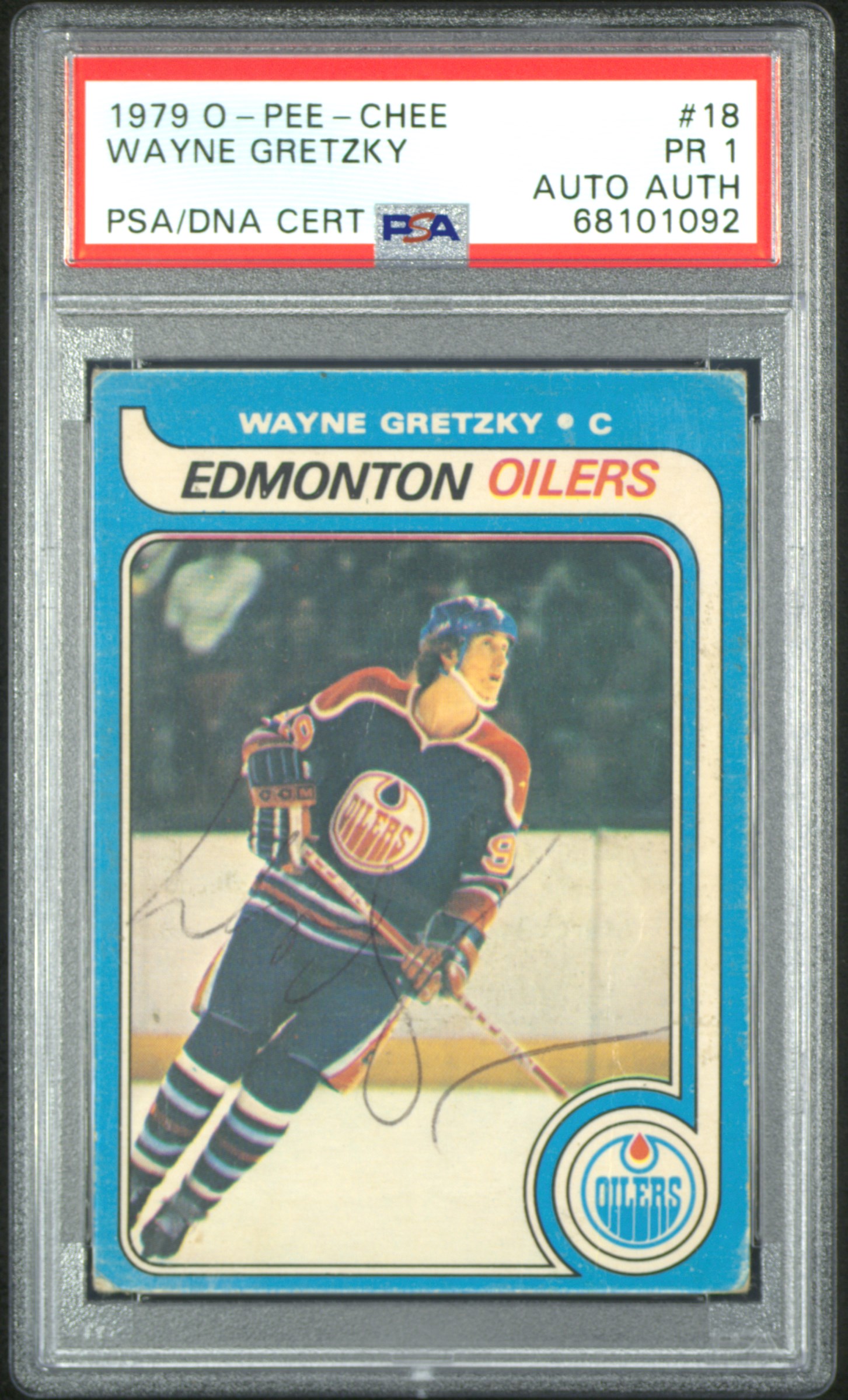 Wayne Gretzky was “The Great One”, some of his records will never be surpassed.  He was the Michael Jordan of hockey.  Not only that, but his rookie card is rare (especially to find in decent condition).  What’s even more rare, is the AUTOGRAPHED ROOKIE CARD

People don’t realize the rareness of the Gretzky SIGNED version of his 1979-80 O-Pee-Chee (most sought after, hardest to find in decent shape) Rookie Card.  Here is a comparison of the population report of PSA graded cards (as of November 21/2022):

There are only 145 graded signed rookie cards, 96 of them are just AUTHENTIC!  This means they could be trimmed or in very poor condition.  This means there are (145 – 96 = 49 cards) that are actually “graded”.  Gretzky is a great signer and would not refuse anyone, however, it has been known that he would refuse signing his rookie card early in his career since he only wanted his son to own a signed copy of his rookie card.

So if your looking for a “Great” investment, look for an authentic signed rookie card of the “Great One”