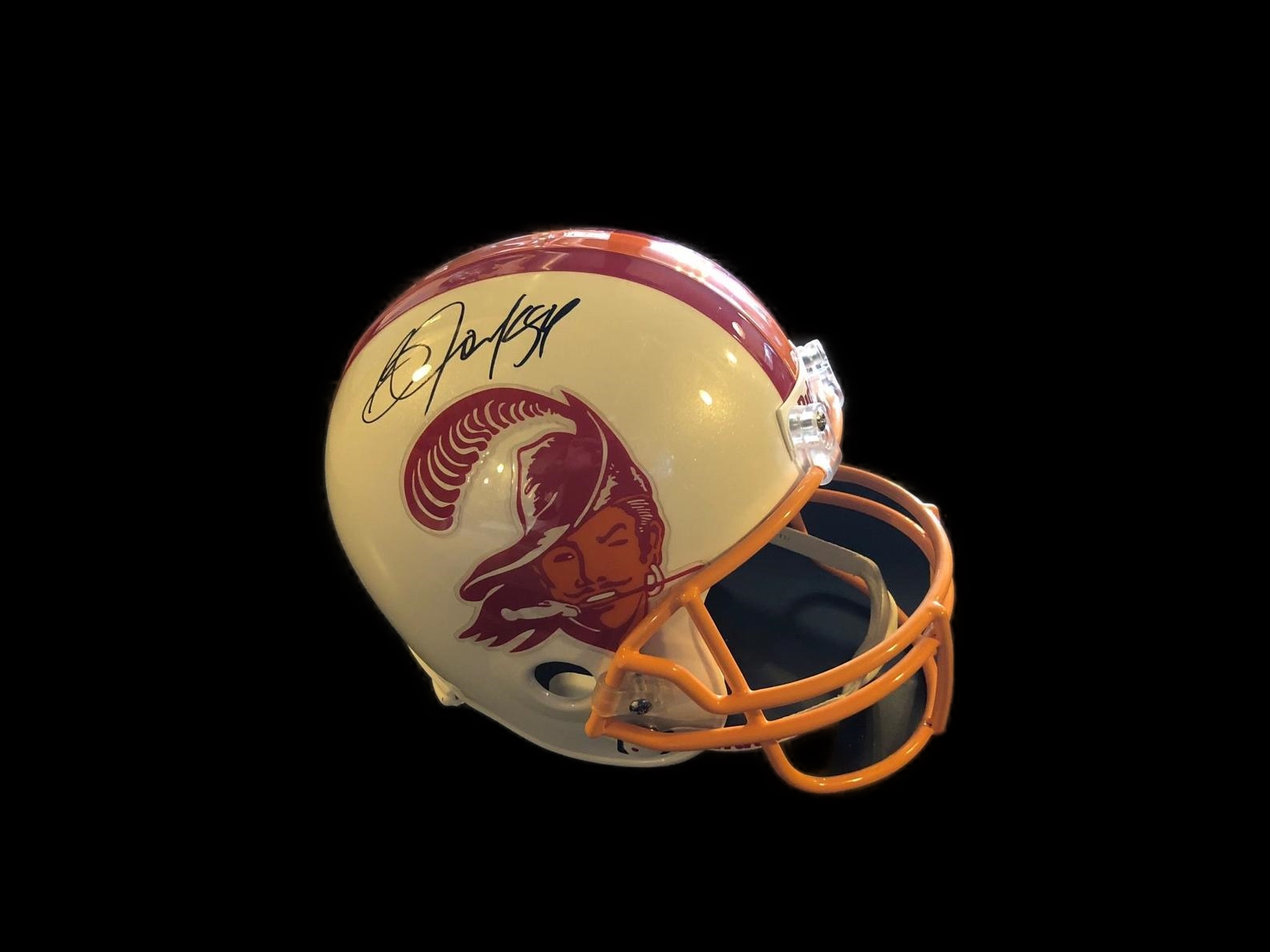 Bo Jackson, one of the greatest athletes of our generation.  Played in 2 sports but had his career ended early due to a football injury.  Bo is a prolific signer and will sign anything, well, almost anything…. let’s look at the top 3 items Bo will say “No” to signing!

#3  Heisman Trophies
Bo will not sign Heisman trophies.  There are some out there because Bo signed the Plates and they were later ‘added’ to the trophy.  But if you can get a DIRECTLY signed Heisman trophy, you will have one of the three Bo Jackson unicorn signed items! 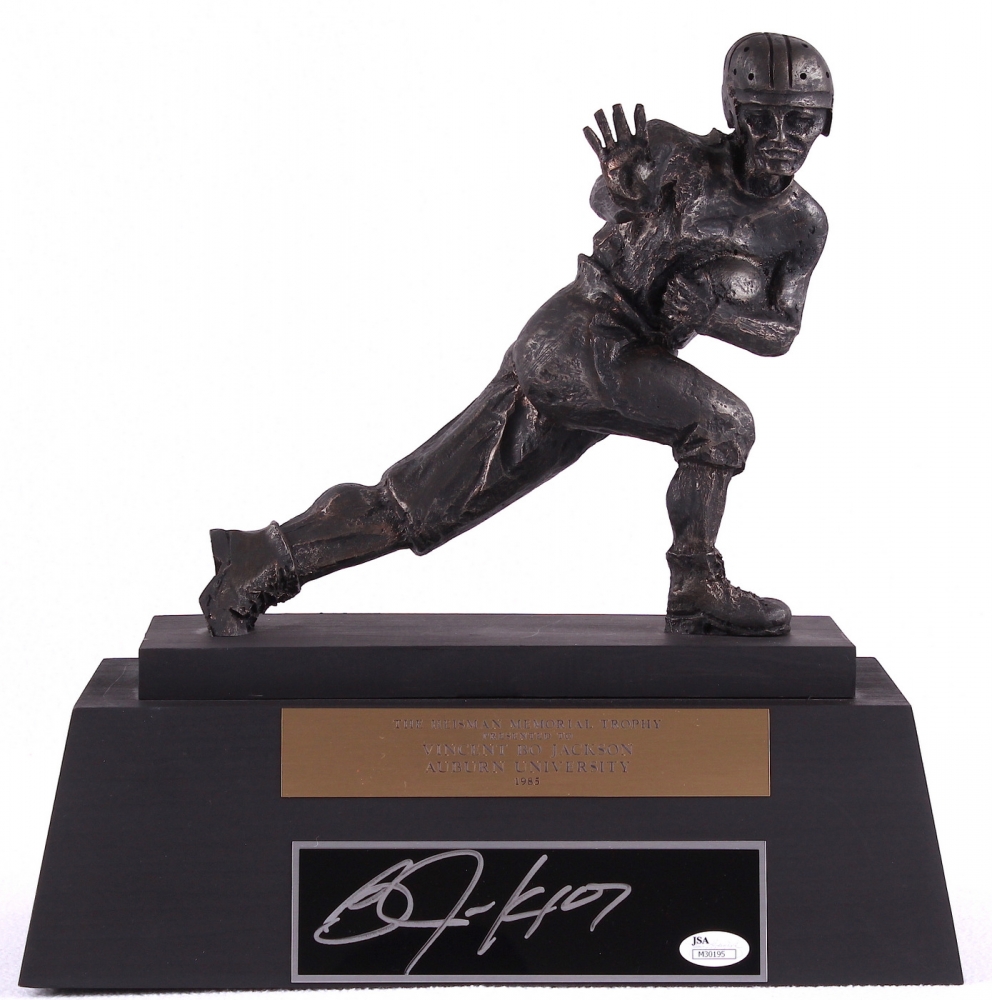 Nike was involved in a copyright dispute over the unlicensed image ‘Bat on shoulder Pads’ photo.  Due to this reason, Bo is NOT ALLOWED to sign this image!  However, there is a few photo’s out there since this claim didn’t happen until 2013 giving Bo 25-years of signing these!
https://pdnpulse.pdnonline.com/2013/08/photog-who-shot-image-for-nikes-bo-knows-ad-campaign-unleashes-lawsuits-on-infringers.html 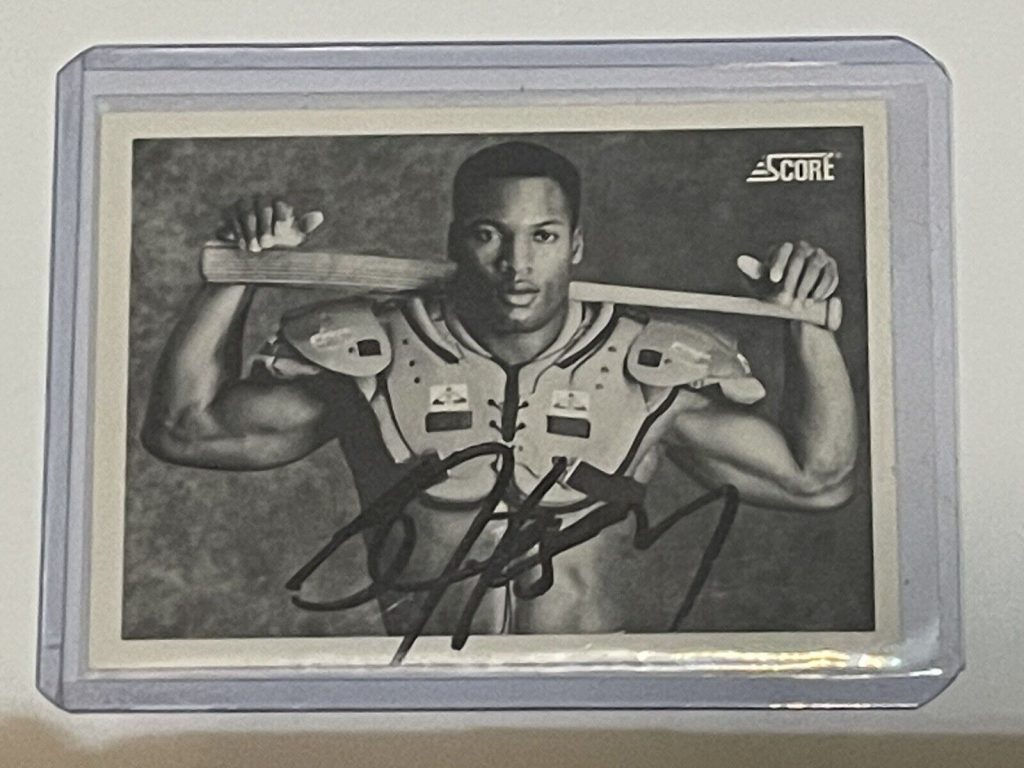 Bo refuses to sign anything Tampa Bay Buccaneers.  It is to be said, that the Buccaneers had the “Bo Jackson Curse” after signing him as a 1st Rd Overall Draft pick in 1986.  Bo was ineligible for the baseball draft due to the Buccaneers taking him on a trip (accepting a gift).  Bo was mad and refused to play for the Buc’s and was drafted the next year for the Los Angeles Raiders (and KC Royals).   The rest is history.

However, it has been known that if you catch Bo in a ‘good’ mood.  He’ll sign a Tampa Bay Buc’s item…but it’s RARE! 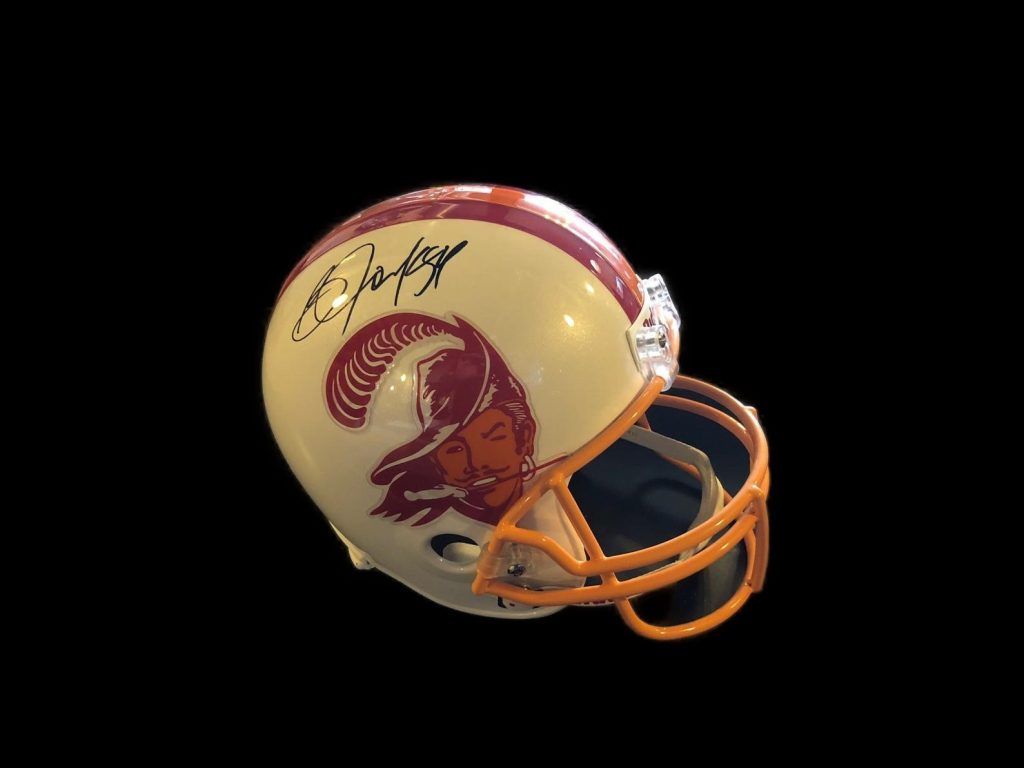