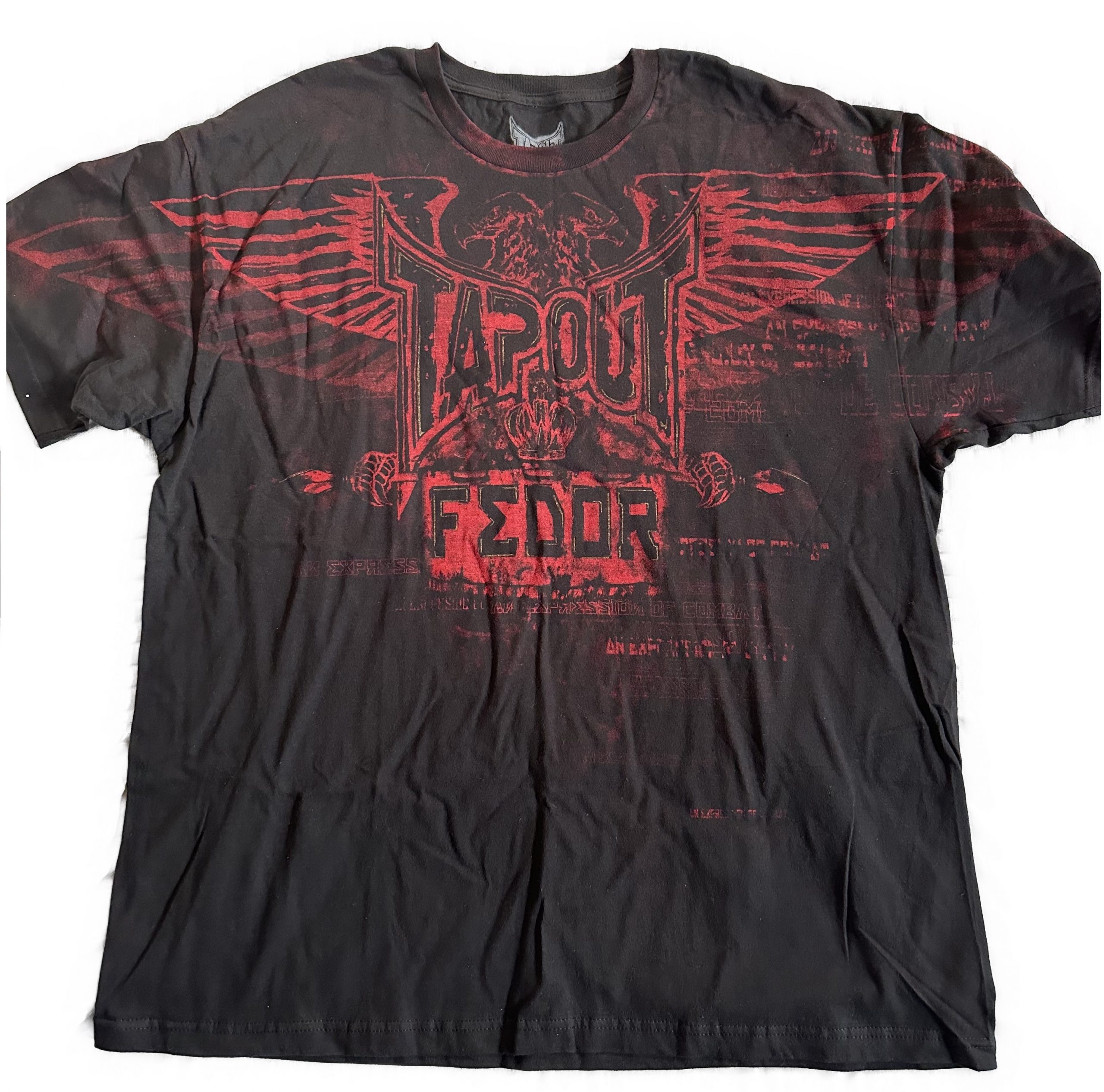 In 2010, Fedor Emelianenko was on top of the world…being called the Baddest Man on the Planet.  None the less, Fedor tried negotiating HALF ownership of the UFC to fight for the promotion.  Dana didn’t take kindly to this offer so when Tapout (a long sponsored company of t-shirts and apparel for the UFC) decided to sponsor Fedor for his Strikeforce fight against Fabricio Werdum, Dana (UFC President) threatened to cut all sponsorship with Tapout.  It is known that these t-shirts are in very limited quantity as they stopped production and some websites say “they will only been seen in pictures”. 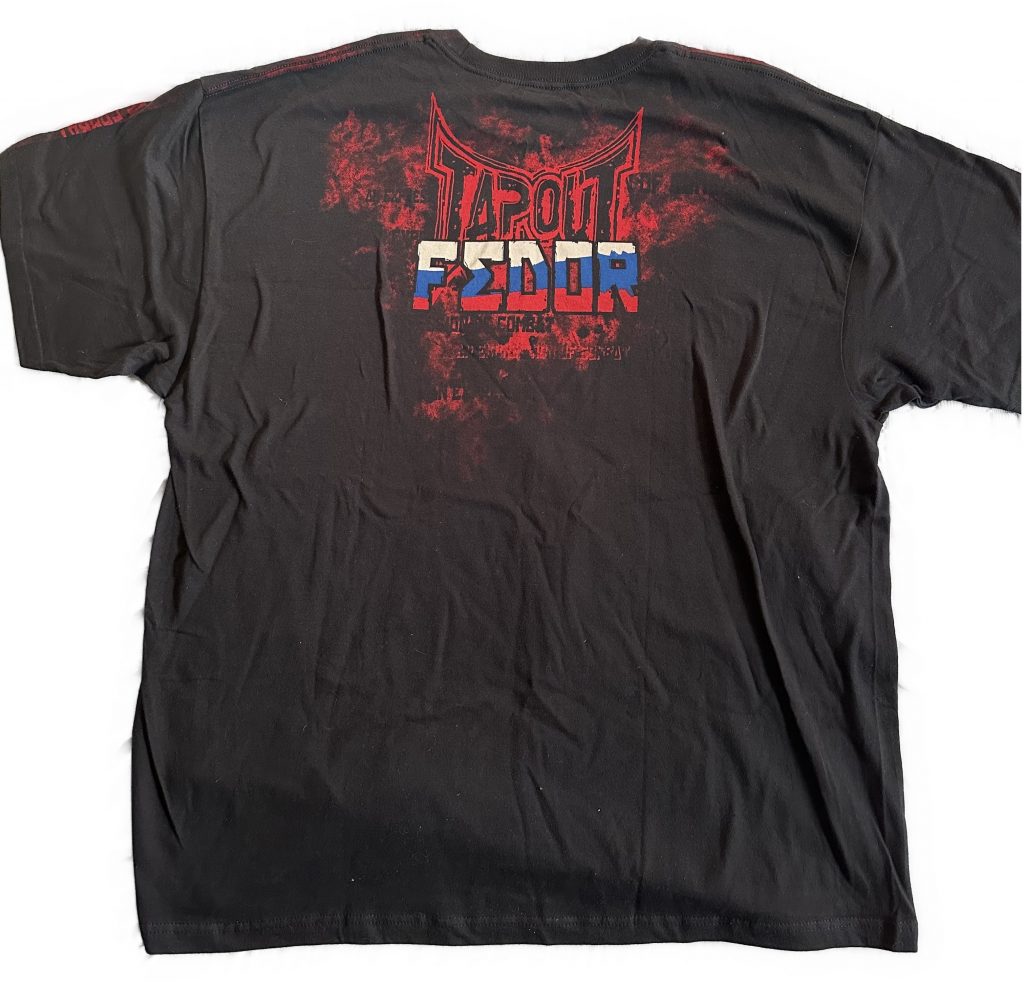 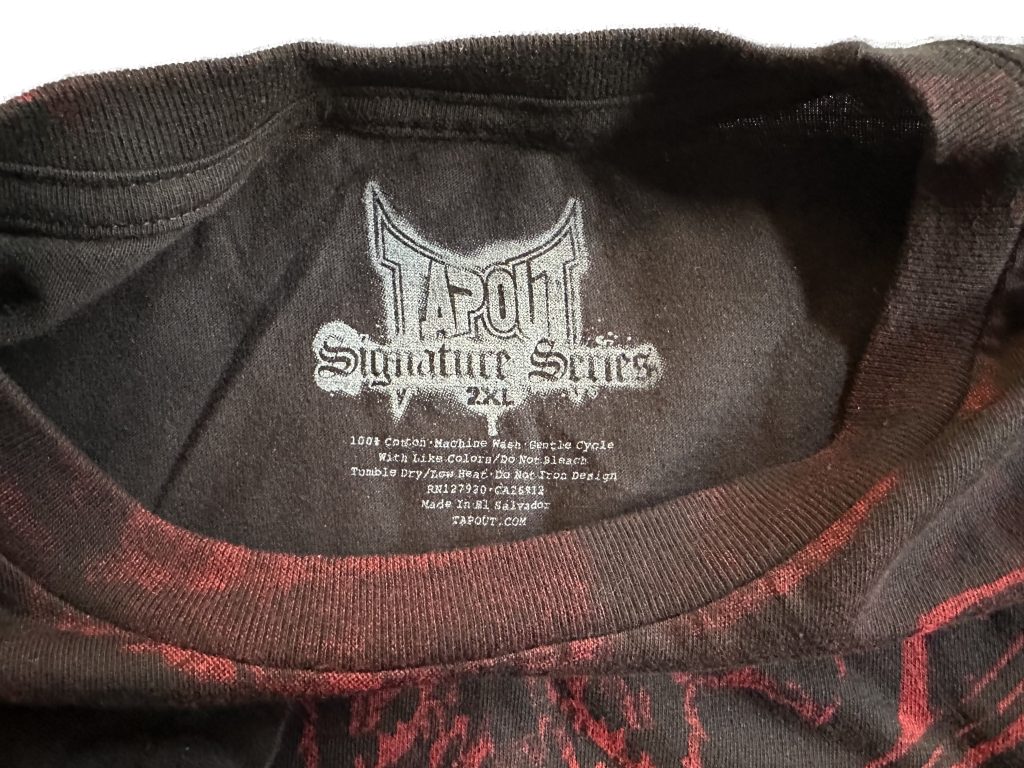