Here is a RARE as it gets, Bo Jackson signed “Medium sized” replica helmet of the Tampa Bay Buccaneers.  It is to be said, that the Buccaneers had the “Bo Jackson Curse” after signing him as a 1st Rd Overall Draft pick in 1986.  Bo was ineligible for the baseball draft due to the Buccaneers taking him on a trip (accepting a gift).  Bo was mad and refused to play for the Buc’s and was drafted the next year for the Los Angeles Raiders (and KC Royals).   The rest is history.  Though Tom Brady stopped the Bo Jackson curse, the rarity of this helmet signed by Bo Jackson is tremendous!  As he REFUSES TO SIGN THESE TYPE OF ITEMS.  You’re lucky to get an inscription nowadays. 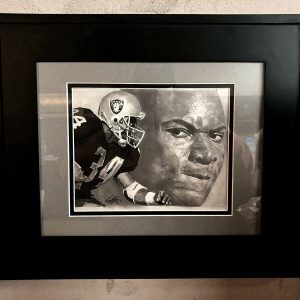 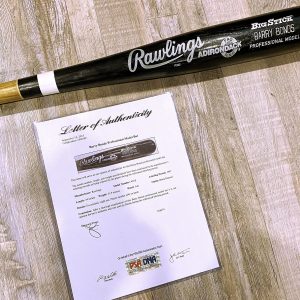 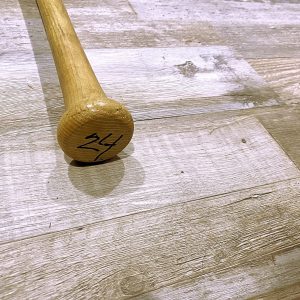 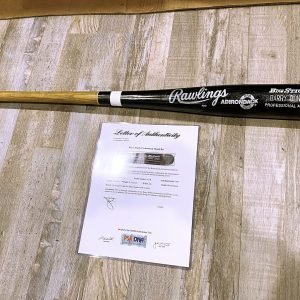